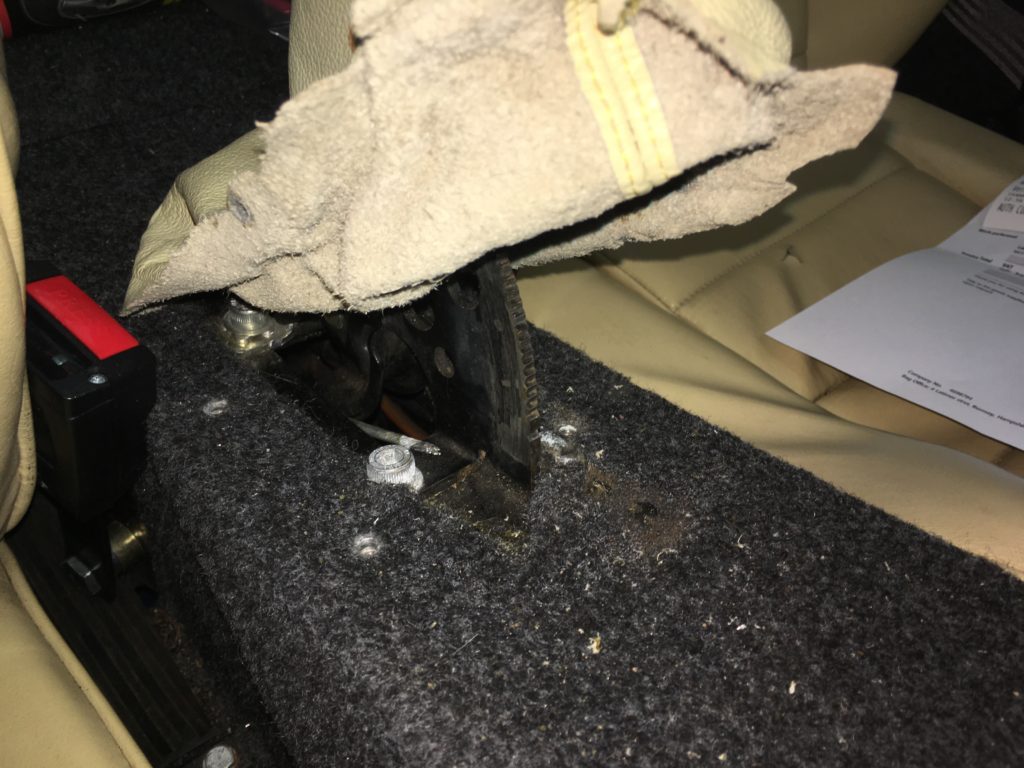 So the MOT tester is a beast of a man and ripped both handbrake cables clean off the mounts! Better it failed here than in an emergancy though. 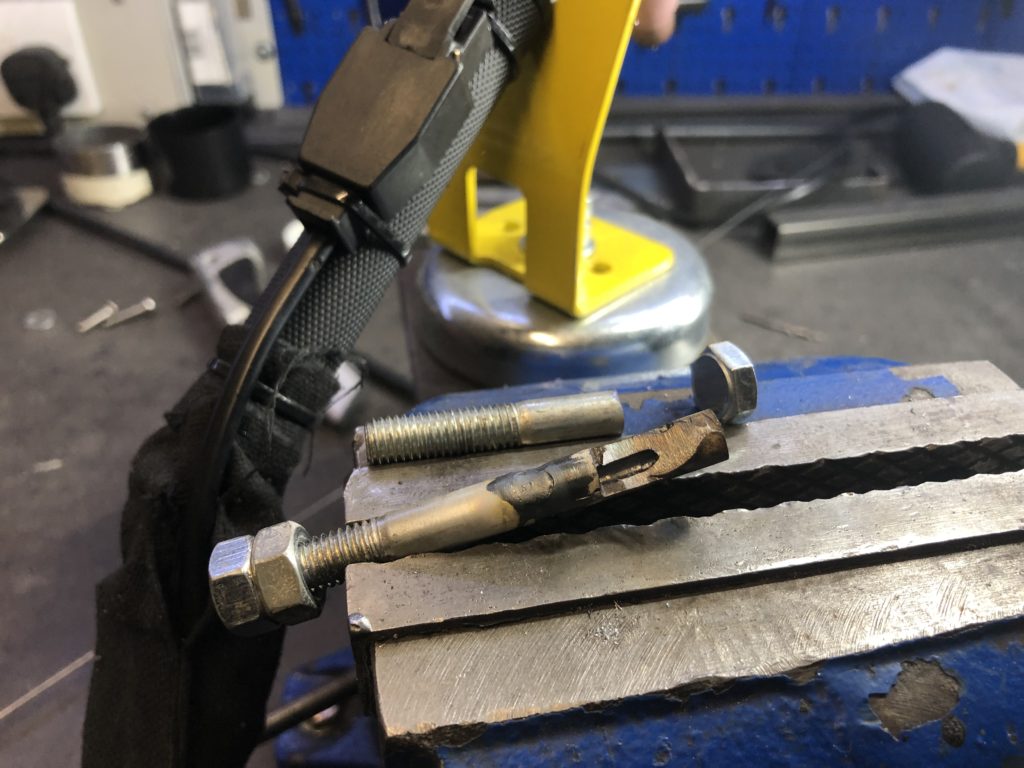 The orginal handbrake adjusters are bolts with the head of a bolt chopped, the end drilled with the lathe and a recess to capture the shorted handbrake cable with a spot of weld.

As the handbrake cables were now shorter than before the bolts were too short. These were extended by chopping the machines part off the old bolt and welded on to a new bolt making it longer. The recess needed drilling out again to remove old handbrake cable.

If this fails again it will need new handbrake cables. 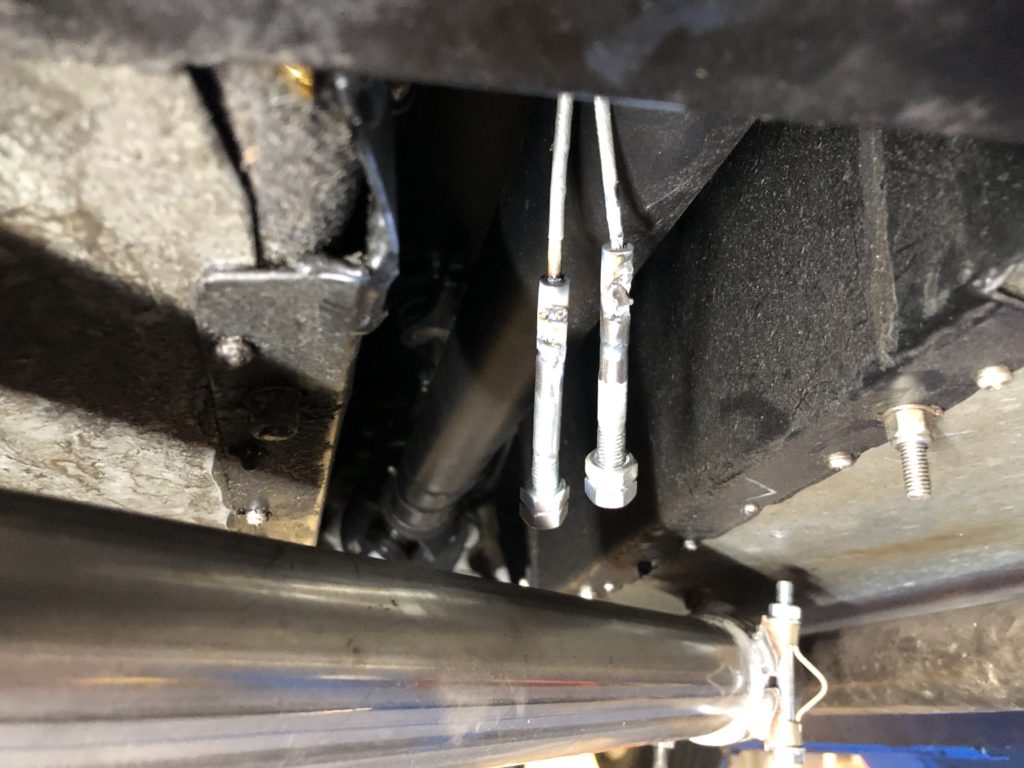 Cables welded back on

Finally mounted back into the handbrake handle and adjusted. Hand brake retested with better results than the rear brakes!

The car was also failed on emission first time round as the machine was set wrong. HC limit for an 88 engine is 1200, it comes in around 650 – which as been the same for a numbr of years now. They incorrectly wanted to see less than 18 – keep an eye for that one, page 12 of this document is useful if you need paperwork: https://assets.publishing.service.gov.uk/government/uploads/system/uploads/attachment_data/file/676700/in-service-exhaust-emission-standards-for-road-vehicles-19th-edition.pdf