It’s been a year since the MOT it passed today! No problems at all with emissions on the rebuilt engine.

Only one small problem, the hand brake cable had slipped out of one of these things: 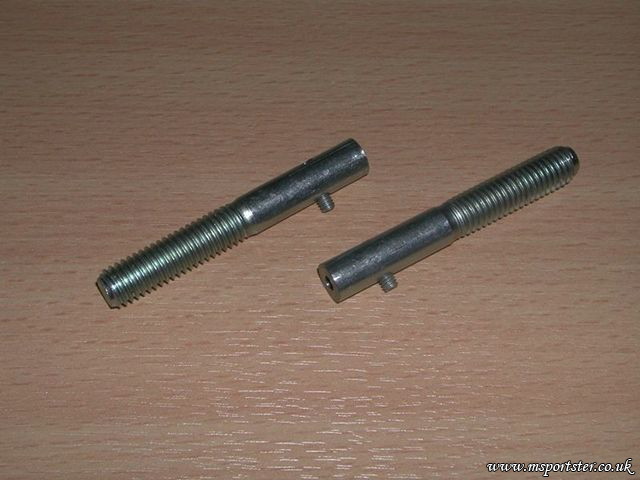 The solution was to mill a hole in one side through to the centre bore that the cable sits in. We then welded the handbrake cable into the bolt – its not going anywhere now!  Pictures to follow at some point.

Swapped the alternator out today as the old one was showing signs of failing. New one charges properly at 14v.

Replaced the blue temp sensor in the hopes of fixing occasional warm start issues, but that will need more testing. It was fine after filling it up.

Replaced the Silkolene Silk Tran Syn 5 in the gear box with Fuchs ATF 3000 which has smoothed out the gear changes a lot (no more crunching, even from cold) gear box is still a bit stiff though. 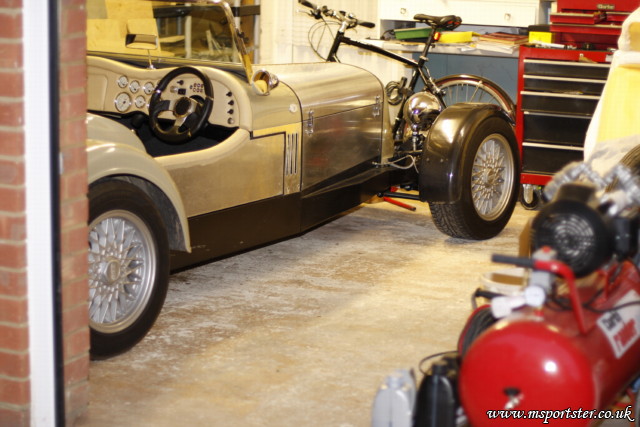 Final touch to the wheel restoration! 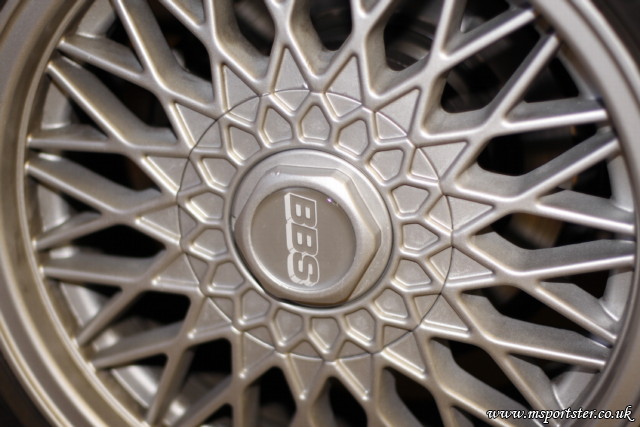 some silver BBS badges, from eBay 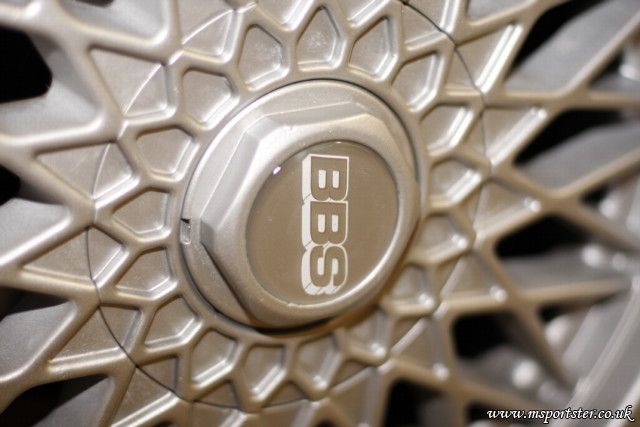 Sadly not the best quality, they needed epoxying on as the sticky on the back was rubbish.

The reason the temp sensor was not working is that the bigger bit at the end that does the sensing had fallen off! Doh.

New sensor from CBS looks a lot better. The switch has an override setting so if the sensor goes you can wind it all the way up and the fan comes on even when the engine is cold.

This is the new sensor: http://www.cbsonline.co.uk/adjustabl…stat-763-p.asp

Been for a 15 mile round trip an all is well again.

The Rad is a bit border line -situation is the temp comes up and keep going up until the fan kicks in when your stopped. The fan stops the temp going further but the rad is not big enough for the temp to come back down again to normal when sat in traffic.

So it will be OK for now, We’ll see what it does when the outside temp goes up.

Let the oil pressure come up on the starter again without plugs. It was tad rough to start with as it tends to be.

Turns out the fan temp sensor switch is broken which is why the fan wouldn’t run when it was hot.

So the problems were dodgy earth, broken fan switch and the starter stayed engaged.

I may need a new starter, the alternator could do with being replaced as well.

All in all lucky escape.

Once I have new bits we’ll be able to take it for a run make sure it OK over a longer period.

Taken the water pump out, it looks fine. No damage or wear marks.

Also taken several main bearing caps off and check the shells. They all look OK slowly starting to wear off the protective layer – no obvious damage.

Next step is reassembly, new earth strap, new oil and a new filter. Fingers crossed it will run OK again.

On inspecting the sump it turns out the ring terminal for the earth strap has broken, it was in place so that you could not see it had broken. There was a bit of contact but not much. This is the cause of the high oil pressure. Not much earth gauge OK when you put it on ignition 2, run the starter and it screws that up so the pressure goes up. Disconnect it and no earth = gauge on highest setting.

The also means the starter does not run properly as it doesn’t get enough power.

Took the sump off. No obvious marks in any of the bores from the bottom. Push in the oil return and the oil runs out fine, oil pump seems to be OK.

Added a temp earth strap and now the starter runs fine turning the engine over without any problems (no plugs) – no odd sounds from it either.

Hypothesis is airlock (driving up hill), overheat and then unable to run anything due to the earth strap.

Seizing probably due to small tolerances and overheat. Need to pull a cap off check a shell for damage.

Doesn’t look as bad now as it did initially. I’m going to do have more of a look around, get a genuine water pump from BMW as the one I have makes a noise and a new sump gasket, new oil and filter and see how it goes.

Testing Round 1 (not much time):

I can hand crank it fairly easily now, it does seem to get a little notchy in places.

Also the starter can turn the engine over however I have to hand crank it a few time first.

Testing Round 2 (a bit more time):

Thermostat is fine, water pump seems to be pumping OK, but not pull it out yet (rad is in the way). Oil in the bottom was quite dark but not clumpy. Oil in the top was still quite light.

When you crank the engine on the starter a few seconds the oil pressure goes way way up – I stopped at 6 bar.

So me thinks there’s a blockage somewhere. Not pulled the sump off yet, but that’s the next step.

Was out for a drive today again as it was still sunny, unfortunately the engine over heated after 30 miles – only for a very short period of time maybe 30 second before I noticed. Let it cool but it seized up – balls.

Been towed home (not too far luckily) so this weekend will be take the engine to bits again time!

Took the plugs out and it is possible to turn it over so I’m hoping it’s not too bad. Ran fine for 250 miles!

At least it still has 4 wheels this time

Been trying to bleed the coolant in the engine but nothing has been coming out the hole! So took the thermostat housing cover off. There was a big build up of deposits in there. The engine block itself the other side of the thermostat looked fine. So I’m guessing running mostly on idle with the stat closed has caused it. Anyway the stat is fine, tested it in boiling water.

Cleaned up the housing cover, ran some coolant flush through the system for 10mins, drained it then filled up with 25% antifreeze 75% distilled water.

Also set the speedo, big thanks to Stuart for the guide

A final round of engine tuning! Decided to set the idle mixture today as the engine was very obviously running rich. Got the gunson gastester out and it verified the rich running by showing 3.5% CO. After a bit of tweaking of the idle mixture control on the AFM we got this down to around 1.2-1.3%. It’s not going to be 100% and it can be fine tuned at the MOT test before SVA.

Wasn’t in the mood for much else after the fuel pipe off the tank started spewing petrol all over the place. Replaced the cloth covered stuff with some 3/4″ rubber pipe I had in the parts bin. This was a tighter fit and also found a more suitably sized hose clip. Figures crossed it will be fine now!

As it was such a nice day it seemed like the perfect time to take the car for a little spin (on the driveway at least!)

Me driving the first round (mixture not adjusted) and Richard driving second after the adjustment (but the neighbours had returned so he had to be a bit more careful not to take out their car!)