Recently tried to flush the brake fluid with a pressure bleeder. It uses a chain to hold a top on the fluid reservoir/expansion tank. That doens’t work at all well, didn’t hold well, brake fluid went everywhere.

On the other cars I look after there’s a screw on cap type that works really well with the pressure bleeder.

The reservoir that’s been on the car since building it was from Marlin, I don’t know what car it’s from but I can’t find an adapter for the pressure bleeder. So the next best thing was to change the tank for an OE BMW one that works with the bleeder. 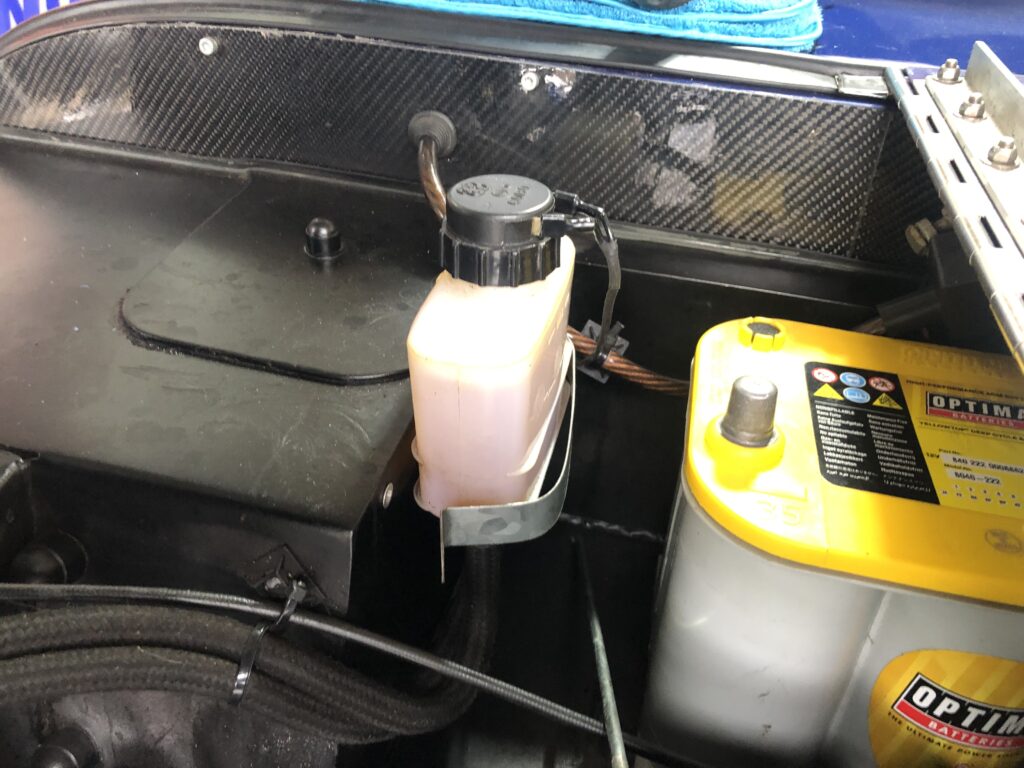 Removed this one, set it aside so the system remained closed while creating the mount for the new one. 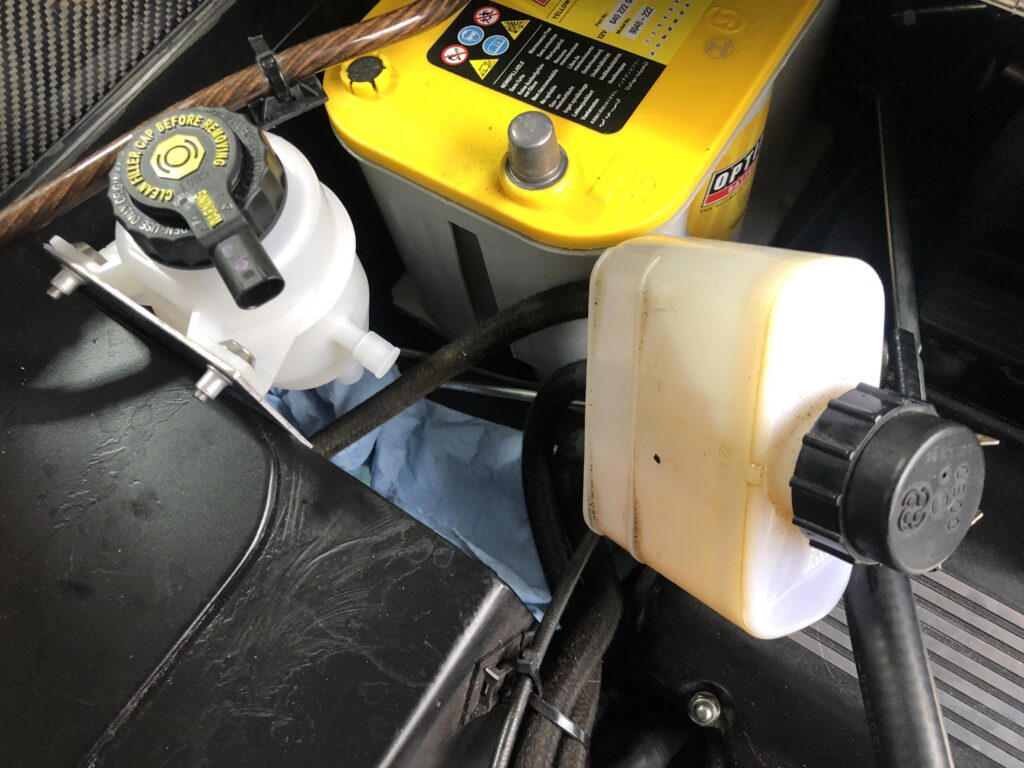 Cut out an aluminium plate and added some riv nuts in the top to bolt the the tank to. Made sure the tank is level fron to back. 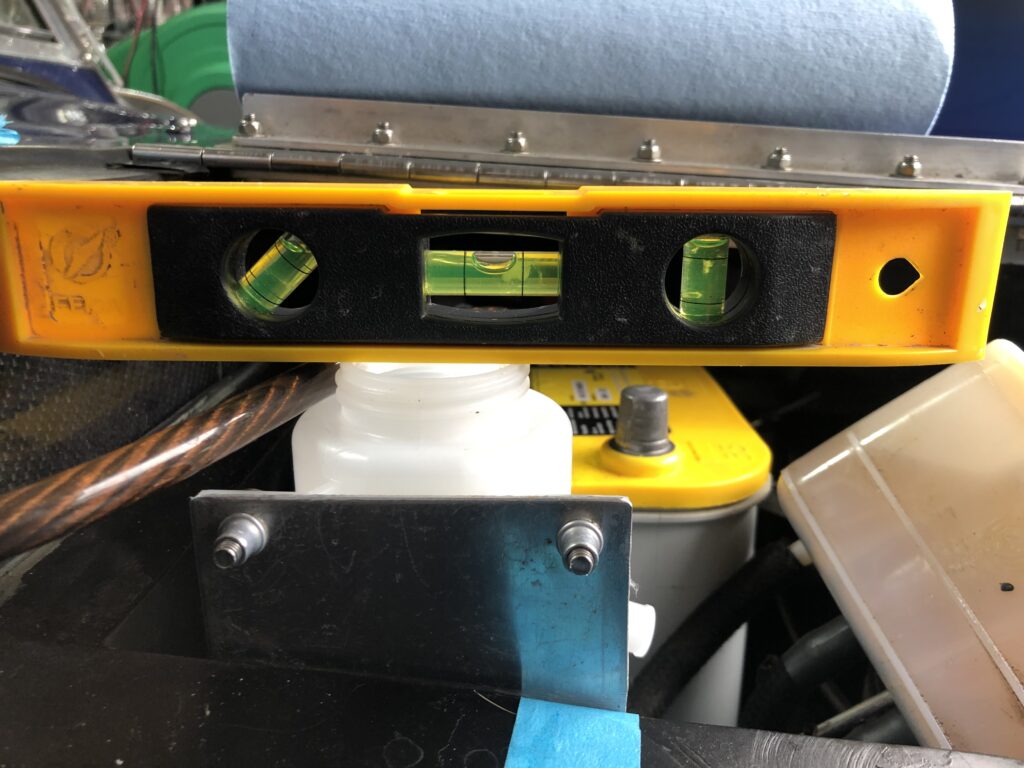 The rear bottom is the same mount as the old one, drilled a hole for the front riv nut. 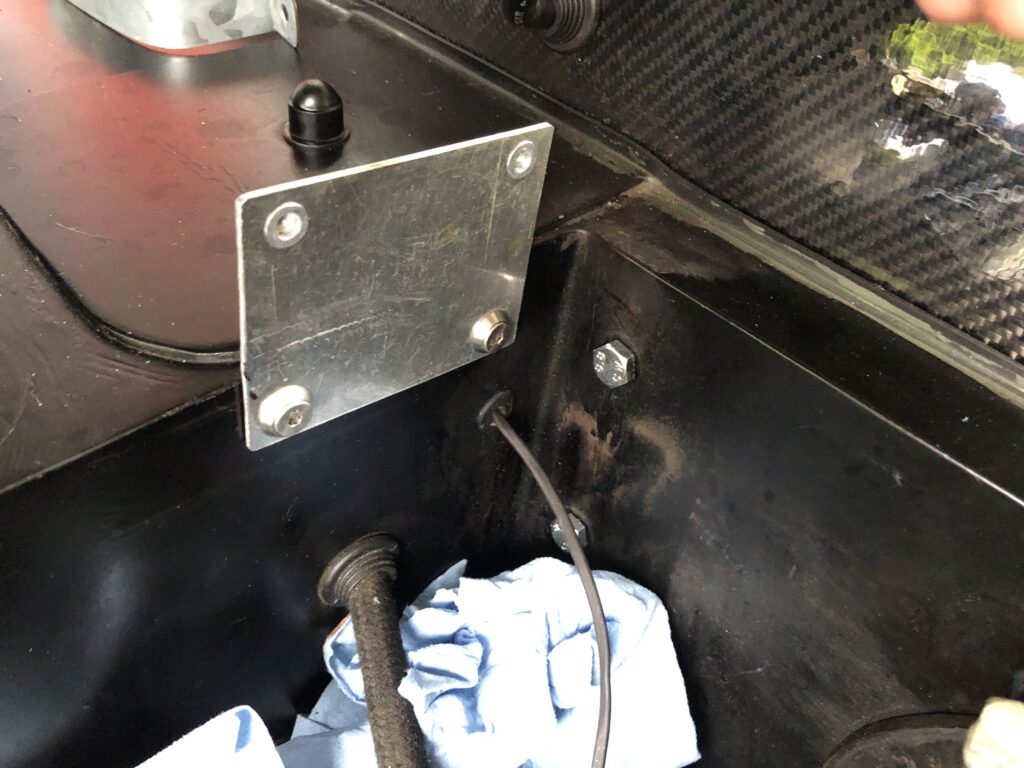 Transferred the clutch and two pipes over from the old tank to the new one. Added some clips to be sure they’ll stay there under pressure. 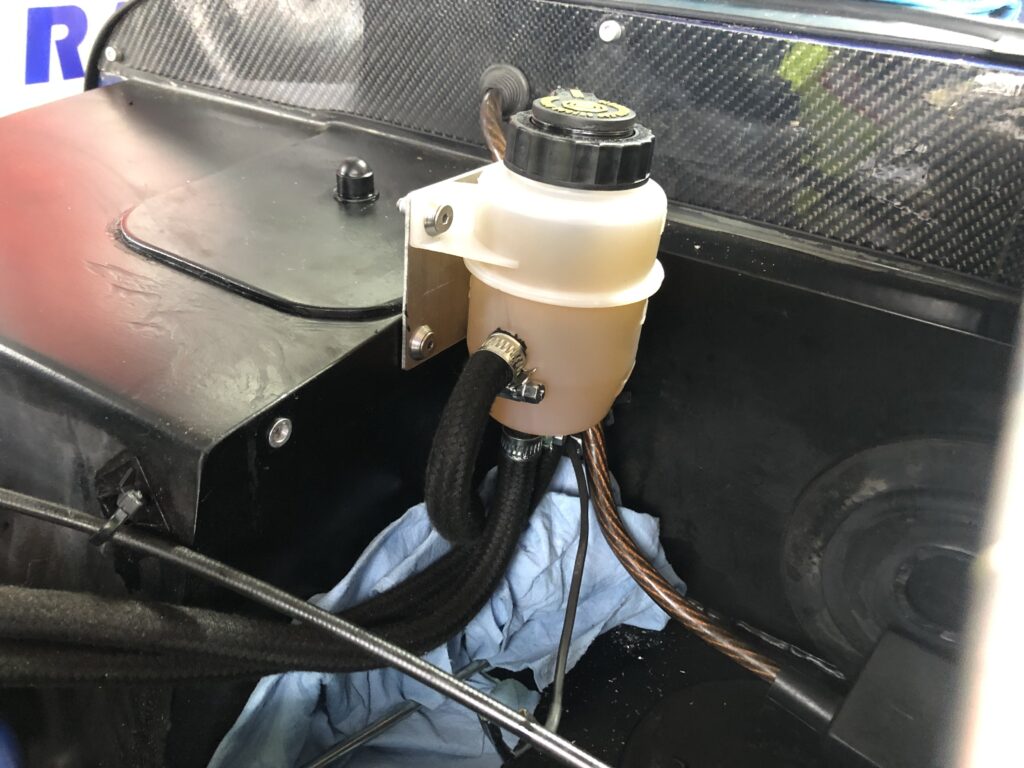 Added a new plug on the end of the level sensor wire, this one is off ebay from an E46. Could figure out the part numbers for the plus so that was the easiest way to get one. 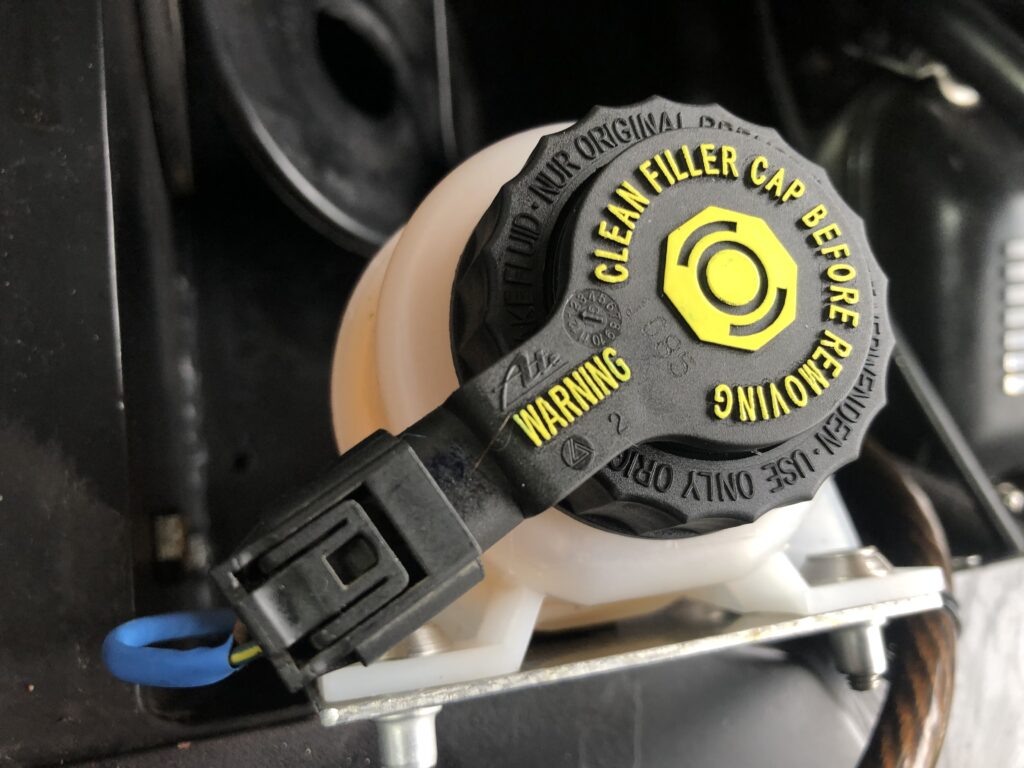 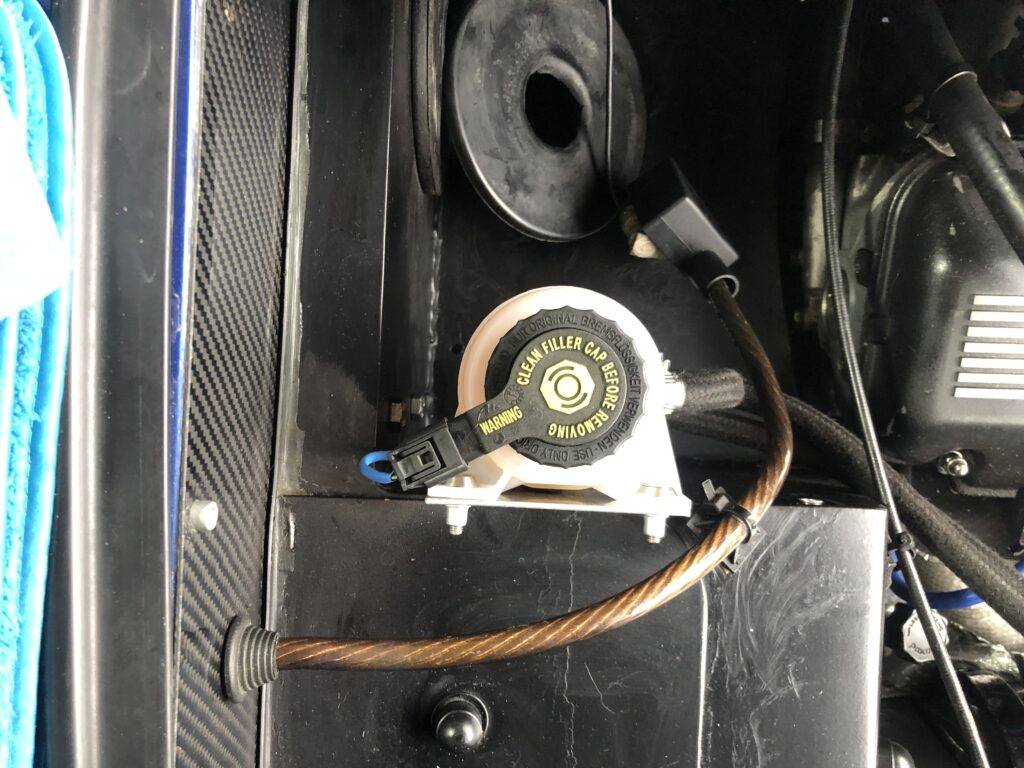 Battery back in, lots of clearance for the bonnet. 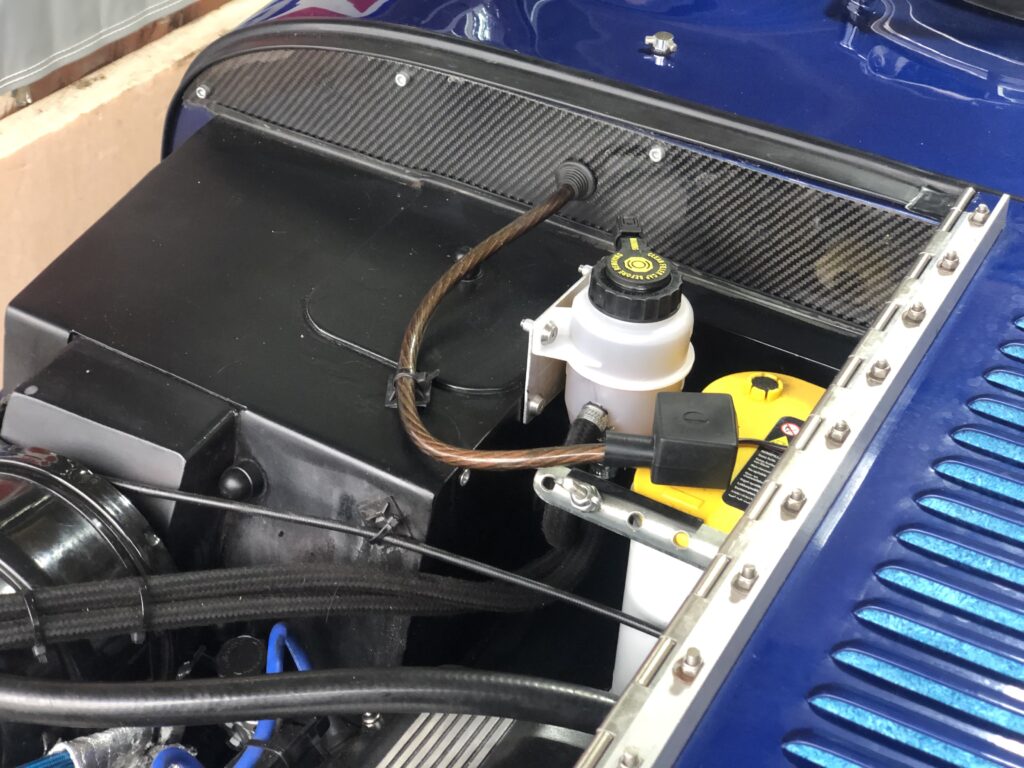 View through the louvers 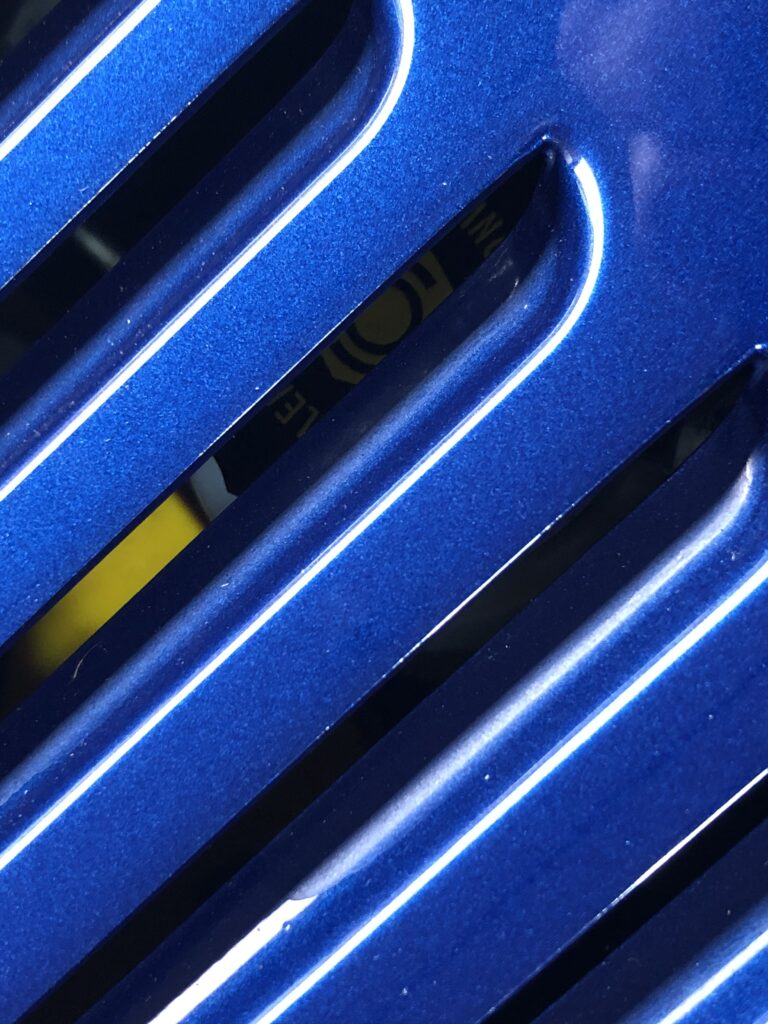 Fluid change should be relatively clean and easy next time!