The M20 engine leaks oil, this is one of the places it started leaking from recently. The housing which the oil filter connects to and the oil cooler pipes has a plug. This plug has an o-ring which has gone solid and started leaking. BMW Part number 11429059338 – comes with a new plug and o-ring. 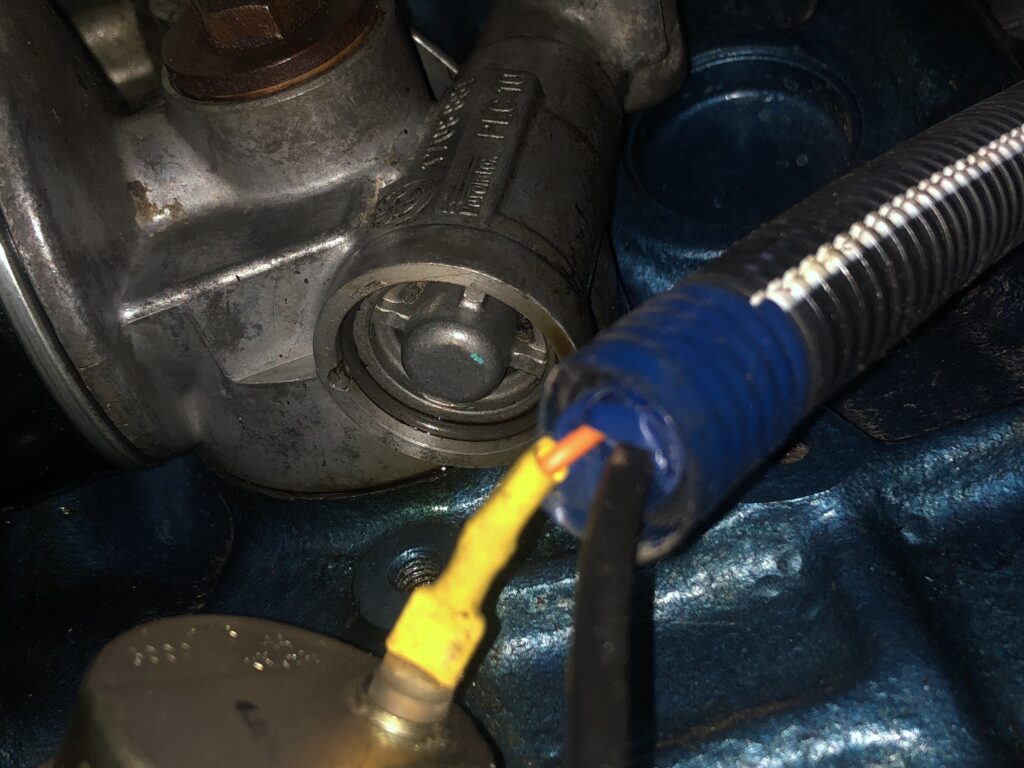 Some shouting and swearing to get the retainer clip out – nothing to grab on to so screw driver in the divet on the left. 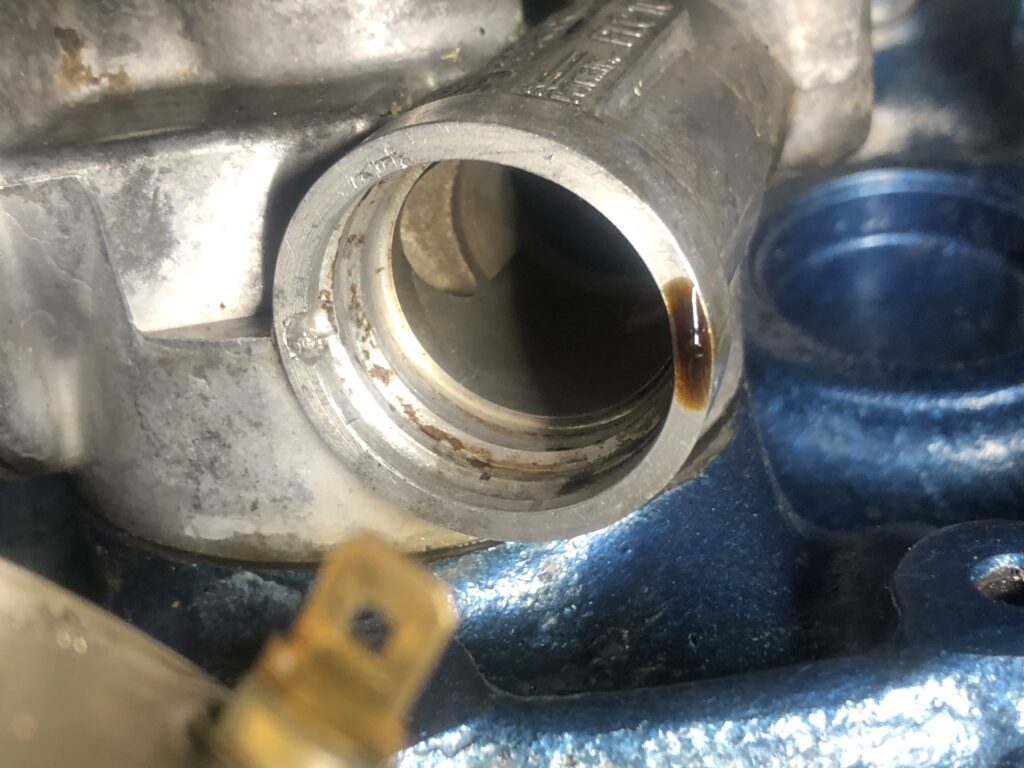 Quite a bit of oil comes out here when it’s unplugged. 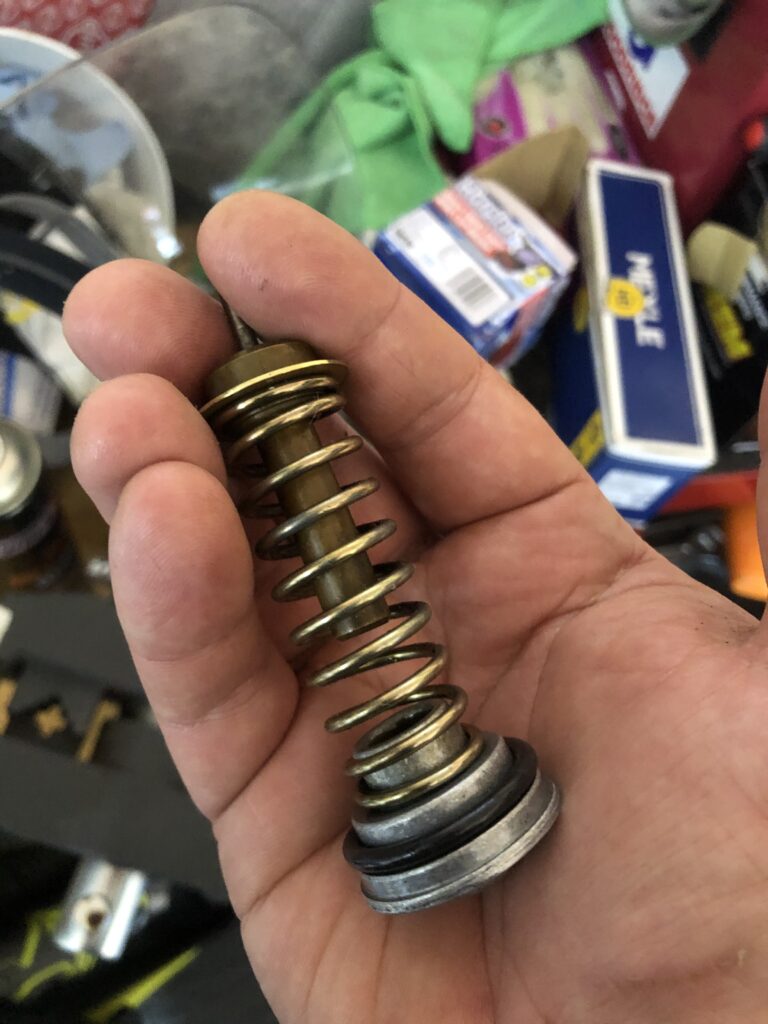 This is the content under the plug, shown with new plug and o-ring. 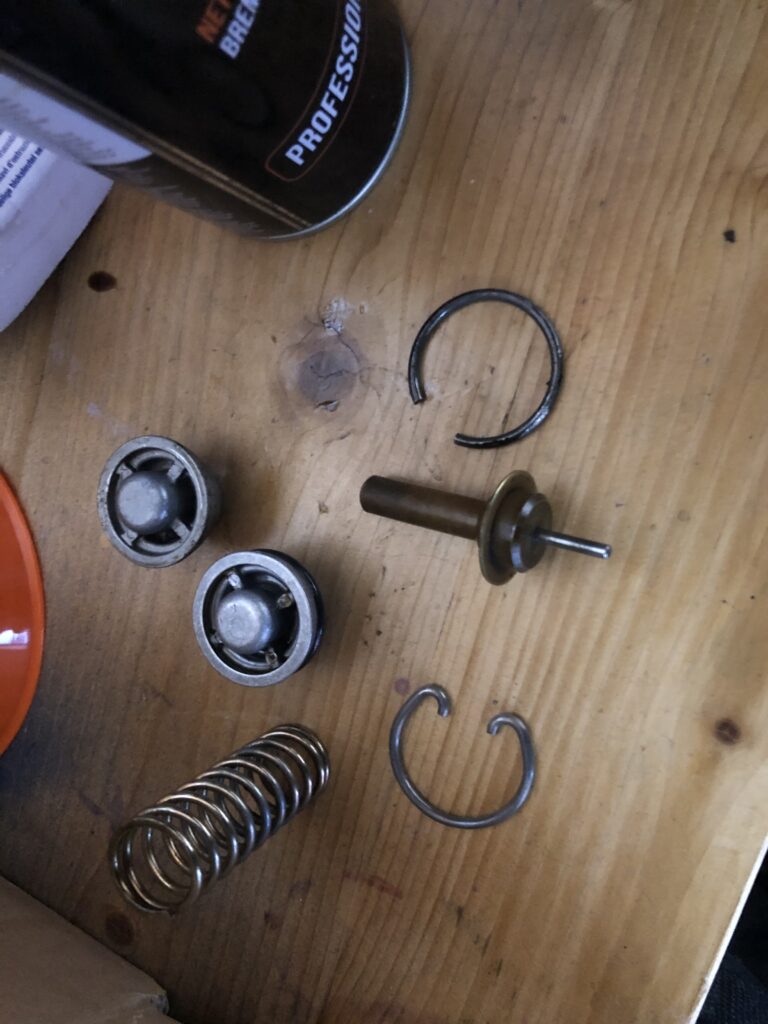 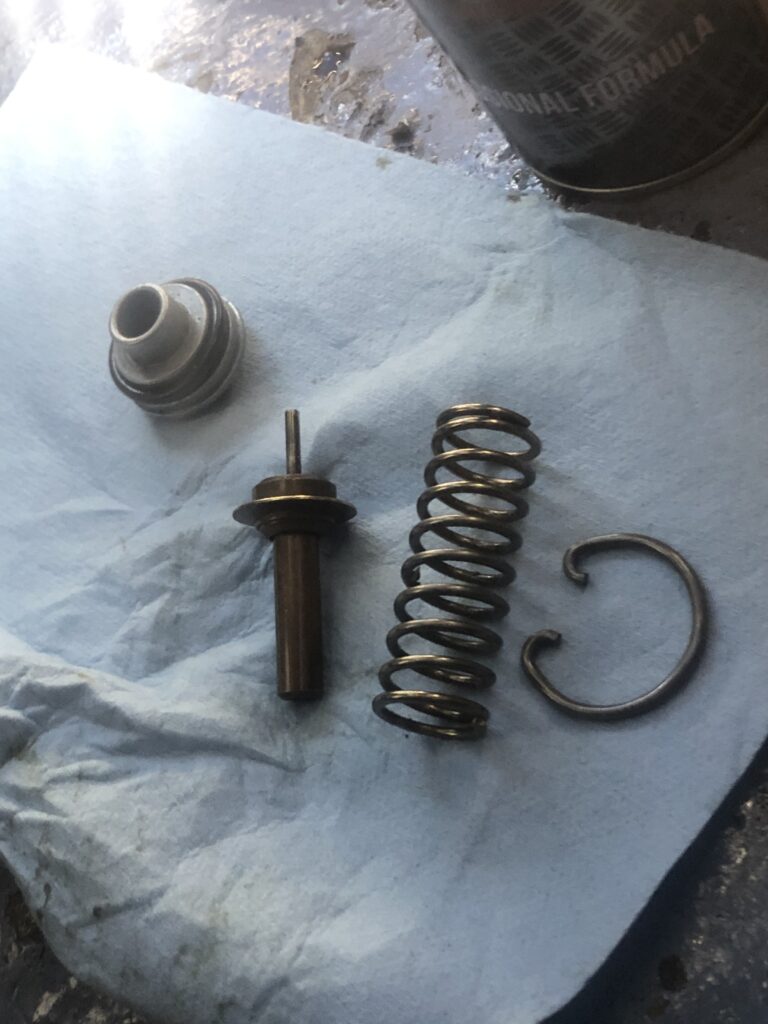 Cleaned up the old parts to go back in. 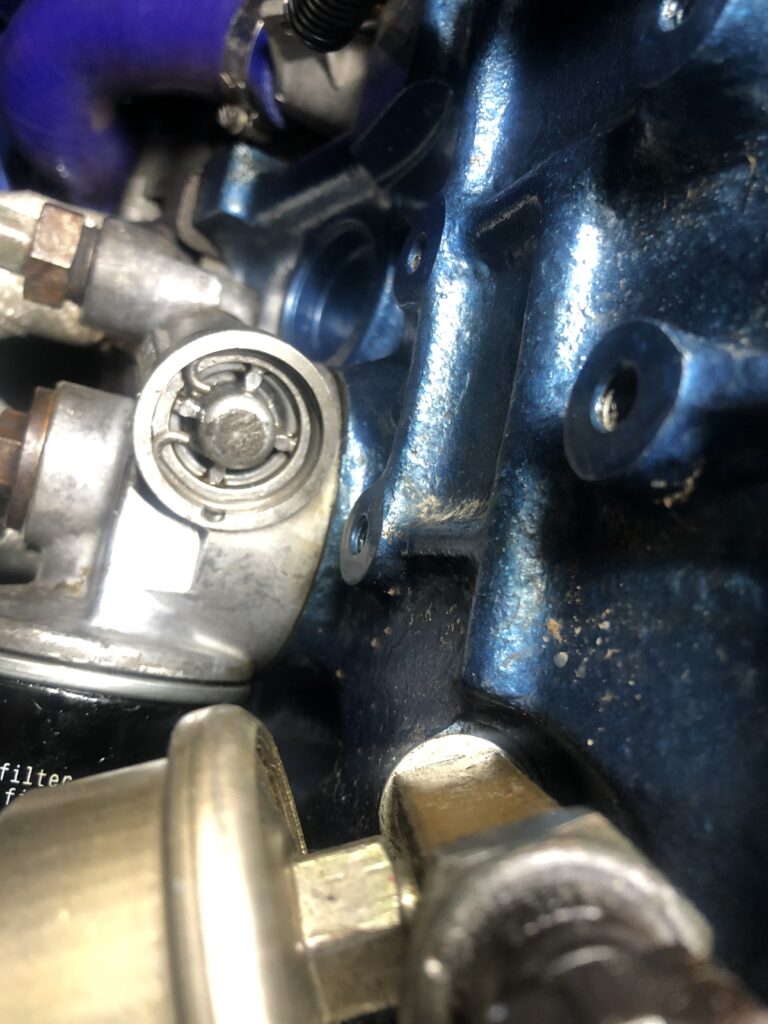 Getting this thing back in was not the easiest job. Ended up using a clamp to force it into place and put the retaining clip in. Used screw driver in the cap to move it to the correct angle and location before removing the clamp.

This job took a suprisingly long time to do as it was quite fiddly.