I watched this video from martinbuilt showing a DIY build, after seeing a pro grade unit being demoed used by the Car Wizard in his essential shop tools video. The cheapest commercial smoke machine I could find is about £180, so a DIY one is much more suitable for the few times I’m likely to need this like I did today.

This ones diy with a bit of design flare to it, only because of the fancy oil container I found on amazon.

I built this last year but this is the first time I’ve been able to use it to test a problem on a car.

Chopped the top off (it’s not very air tight unfortunately, but good enough). 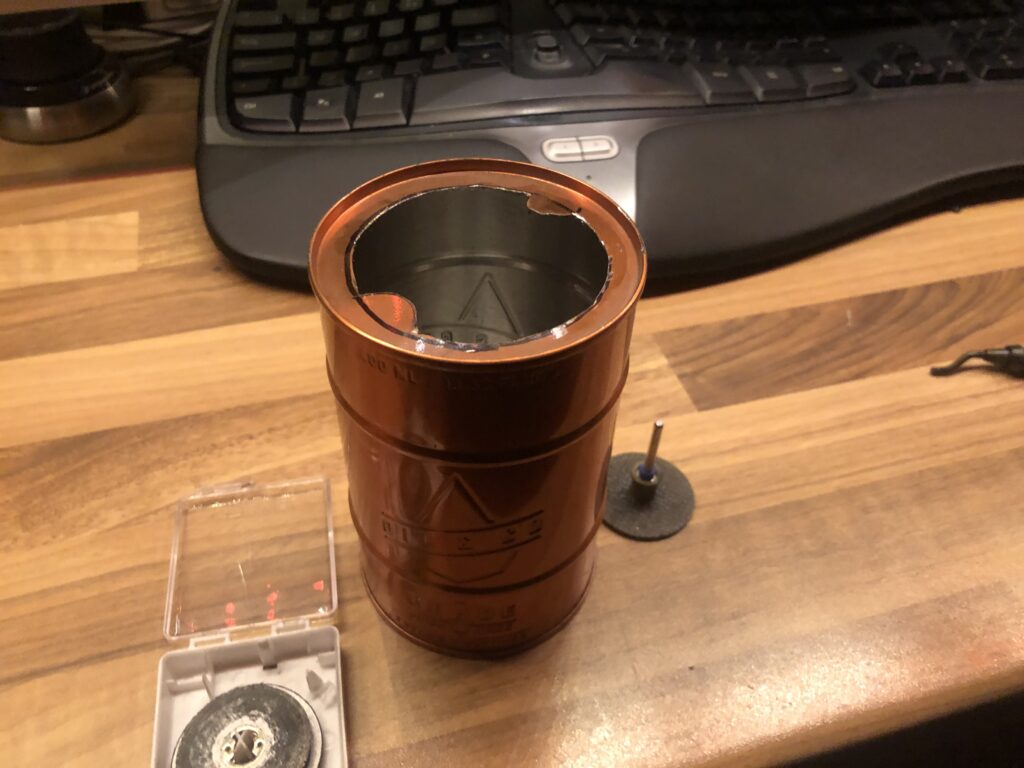 Mock up using some foam a lid with two electrical connection and two tyre valves. 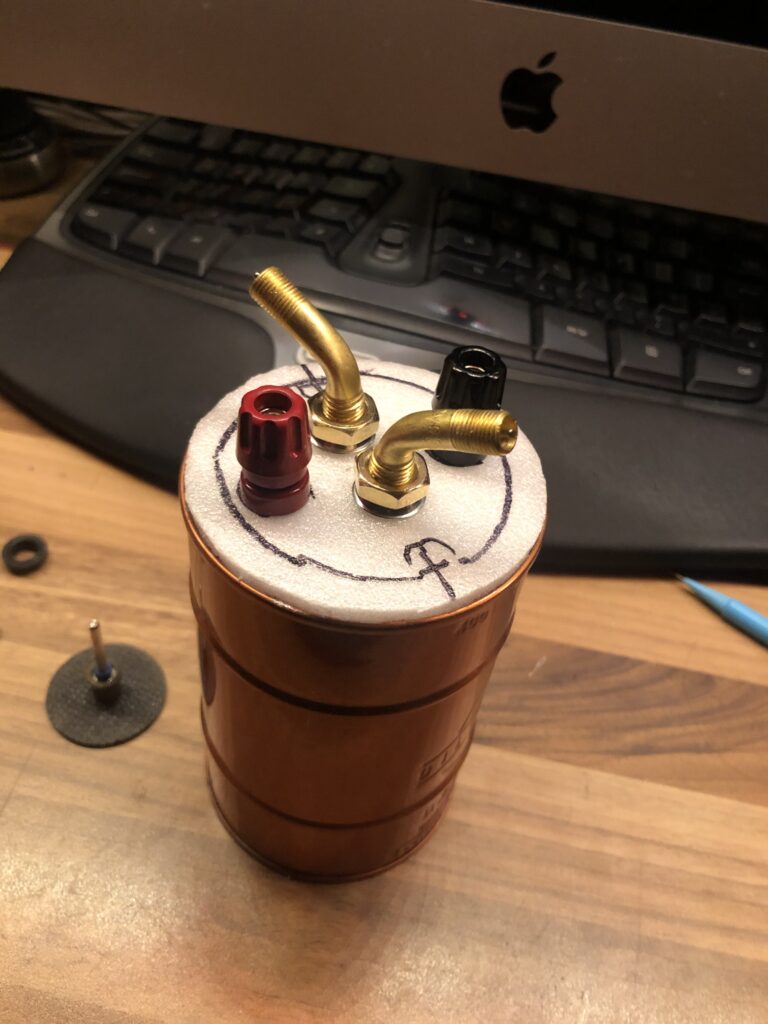 Cut out an aluminium blank to use for the new top. 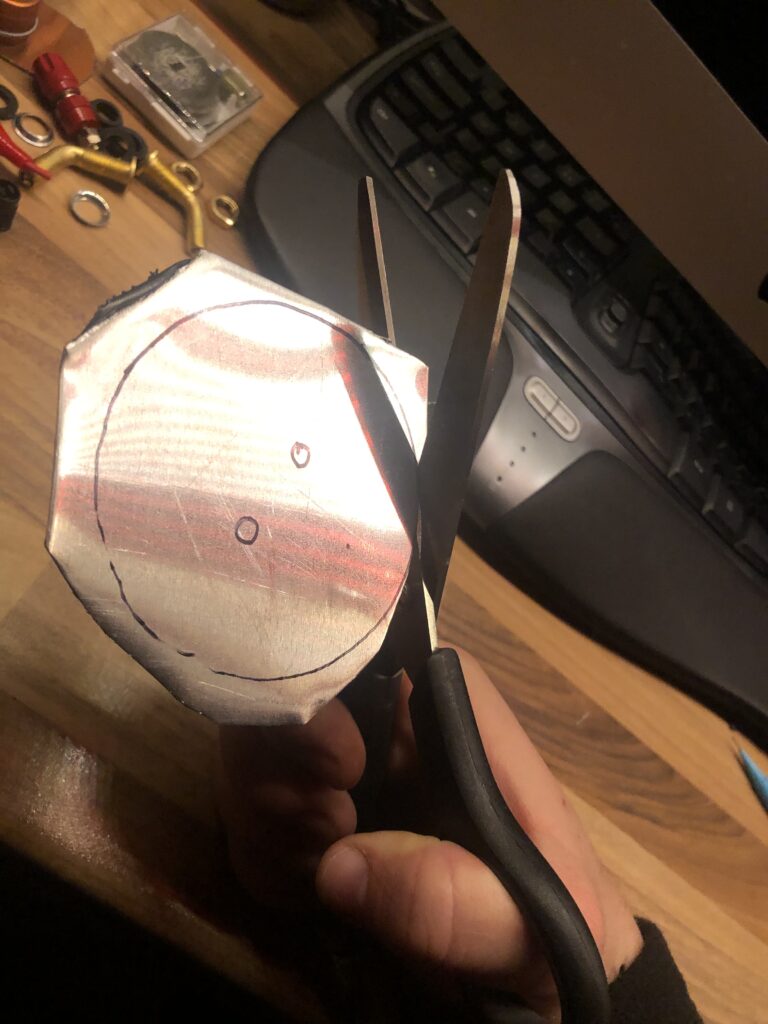 Foam design revisions 2, move some things around and put in the original fill lid to make it easy to put the white mineral oil in. 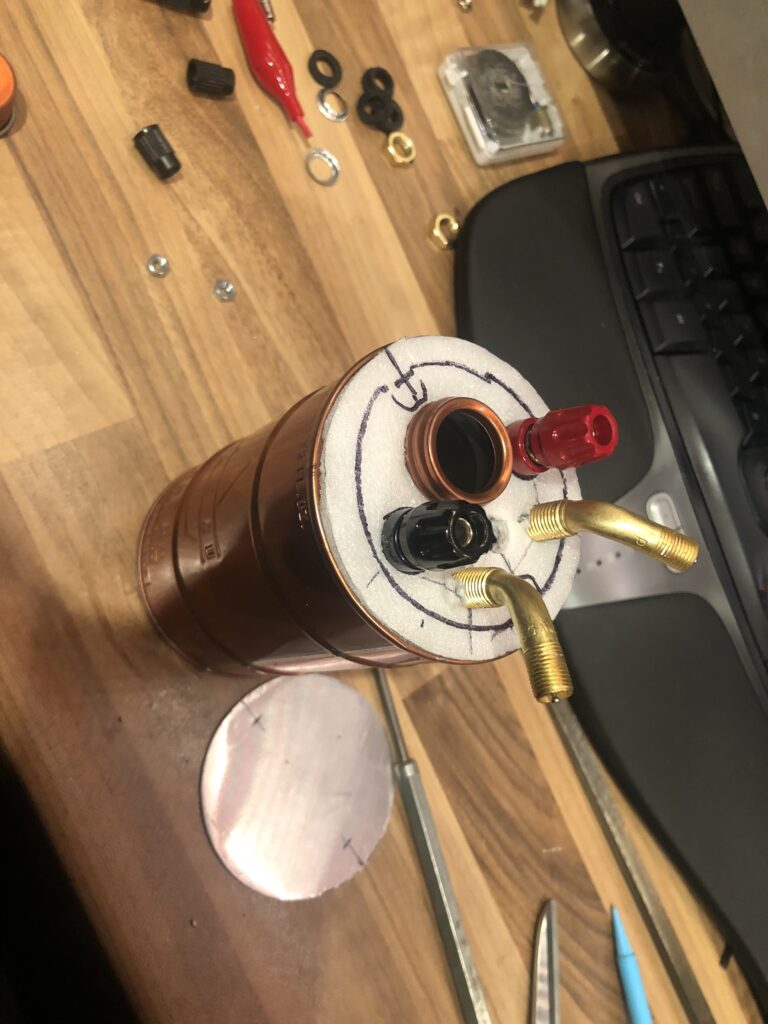 Cut all the required holes into the blank. 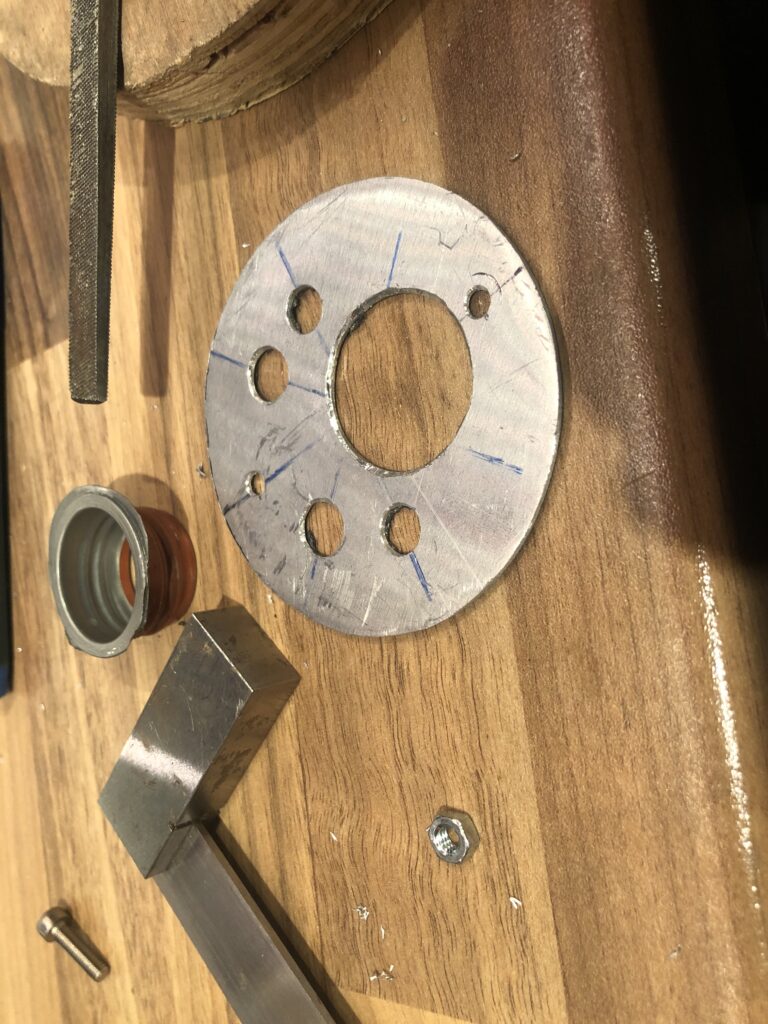 Mounted all the hardware and added a wick and some resistance wire. These will generate the smoke, as the resistance wire heats at lot and the white mineral oil smokes when it’s heated. 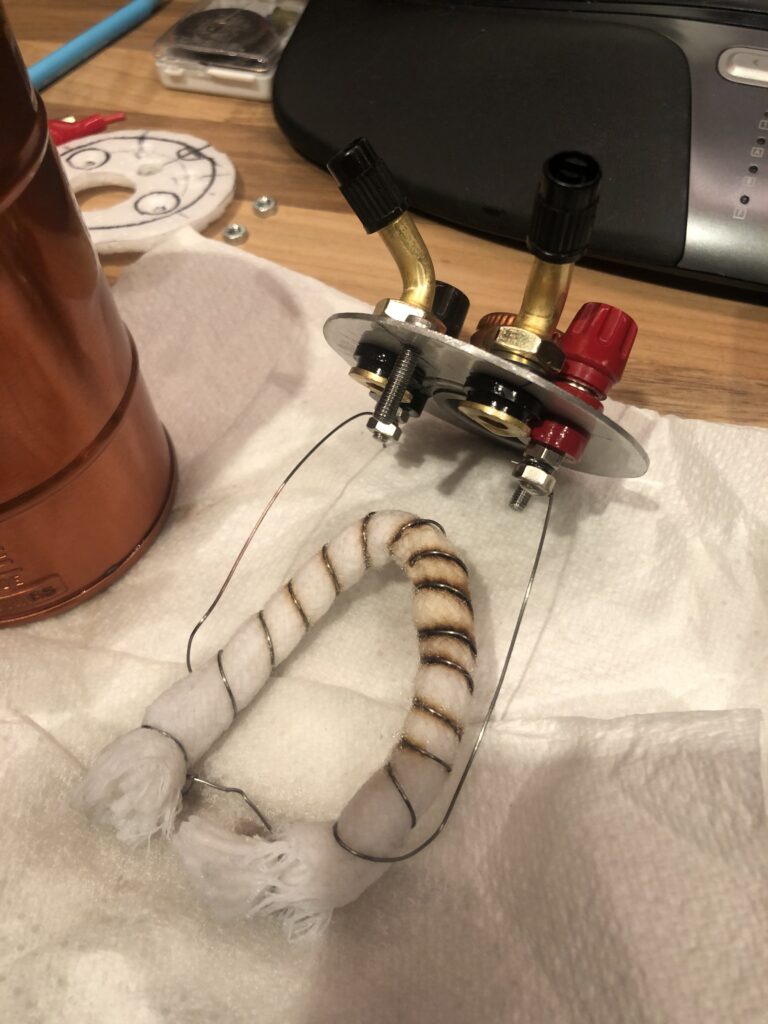 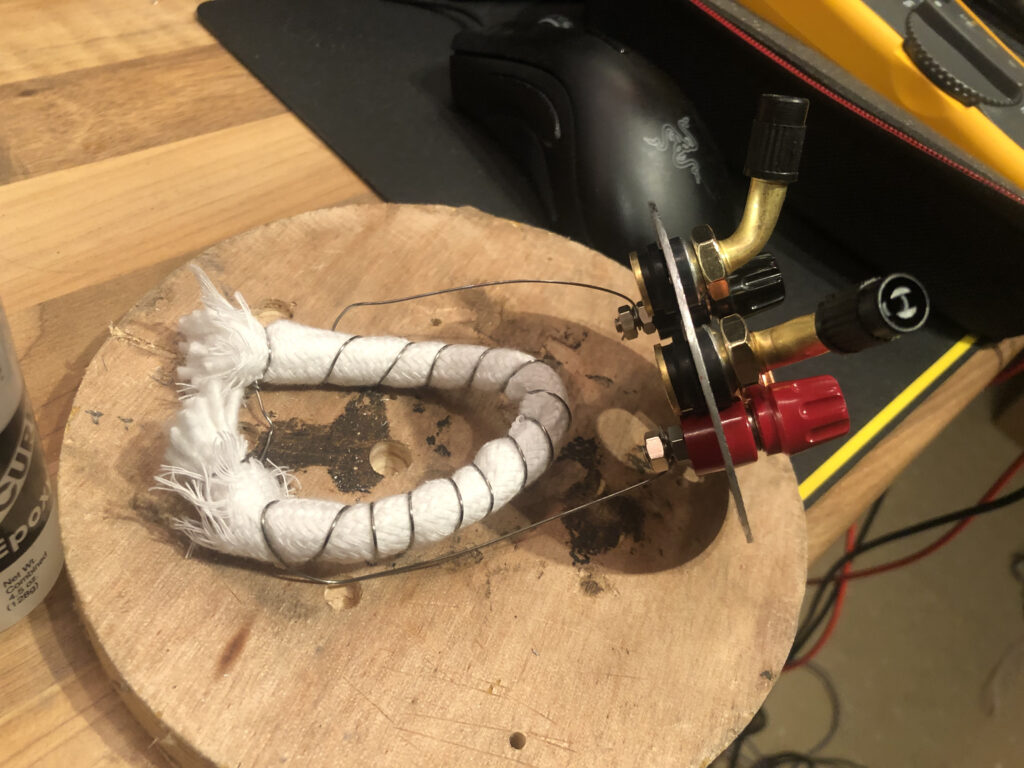 Assembled, the lid is not a 100% seal but that does avoid an over pressure situation. 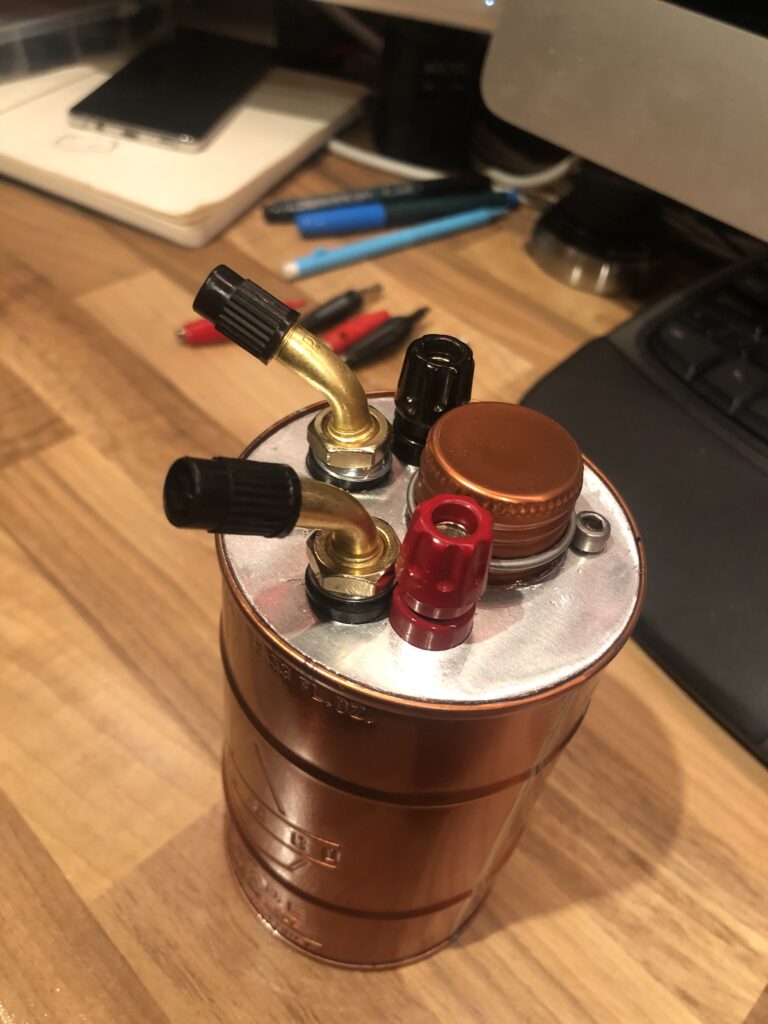 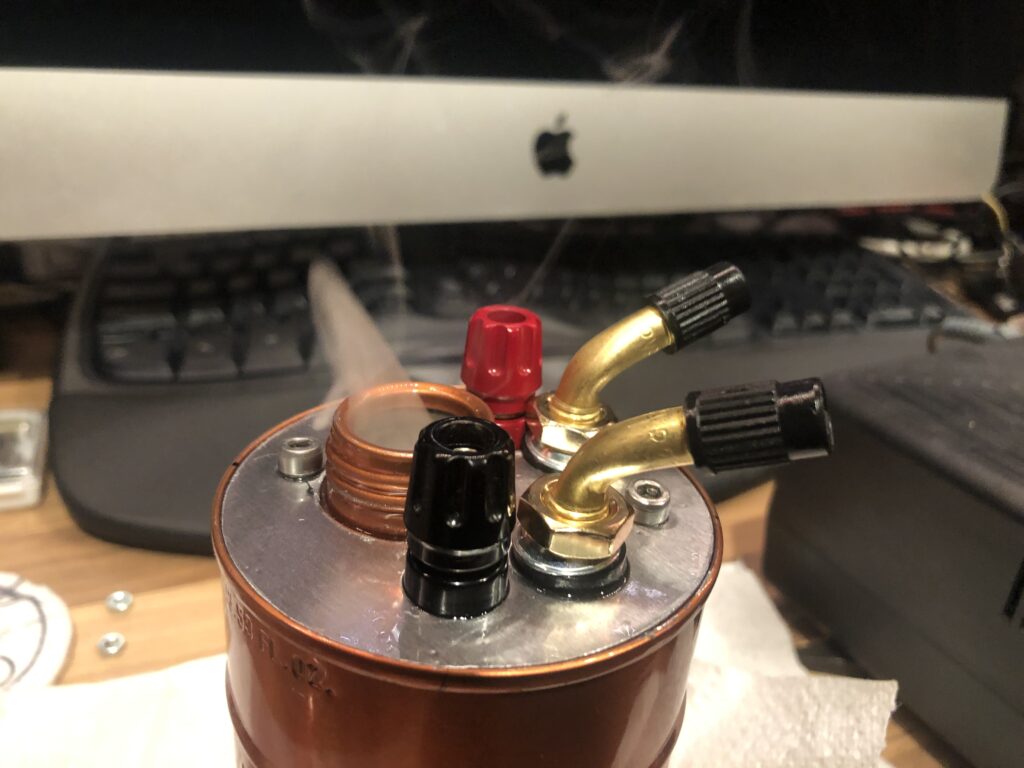 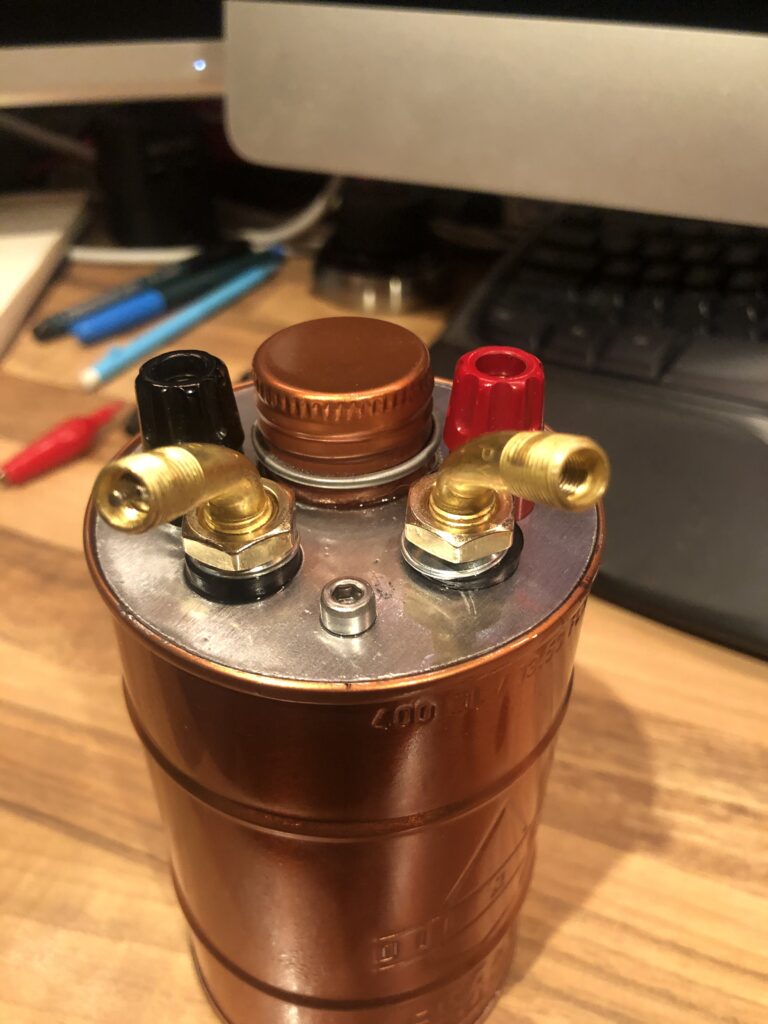 Had a good chance to test this, we’ve got an E36 Compact with an M52B28 engine swap done many years ago. The engine has been idling high randomly, normal RPM with the MAF off. This suggested a vacuum leak, but the question was – where is the vacuum leak. Did try changing out the idle valve as we’d picked up spare on ebay but that didn’t help.

So we used this setup to test and find the leak. First pulled the airbox so there’s more room. 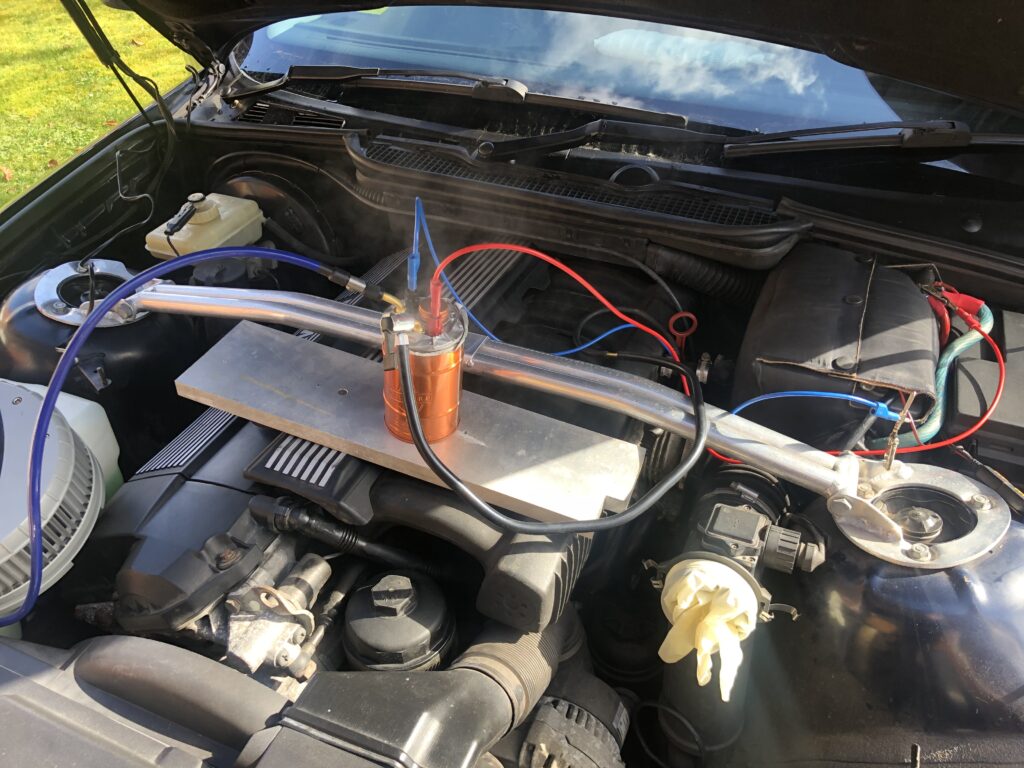 As there was quite a bit of smoke coming out of the tin I added a load of tape to reduce that. 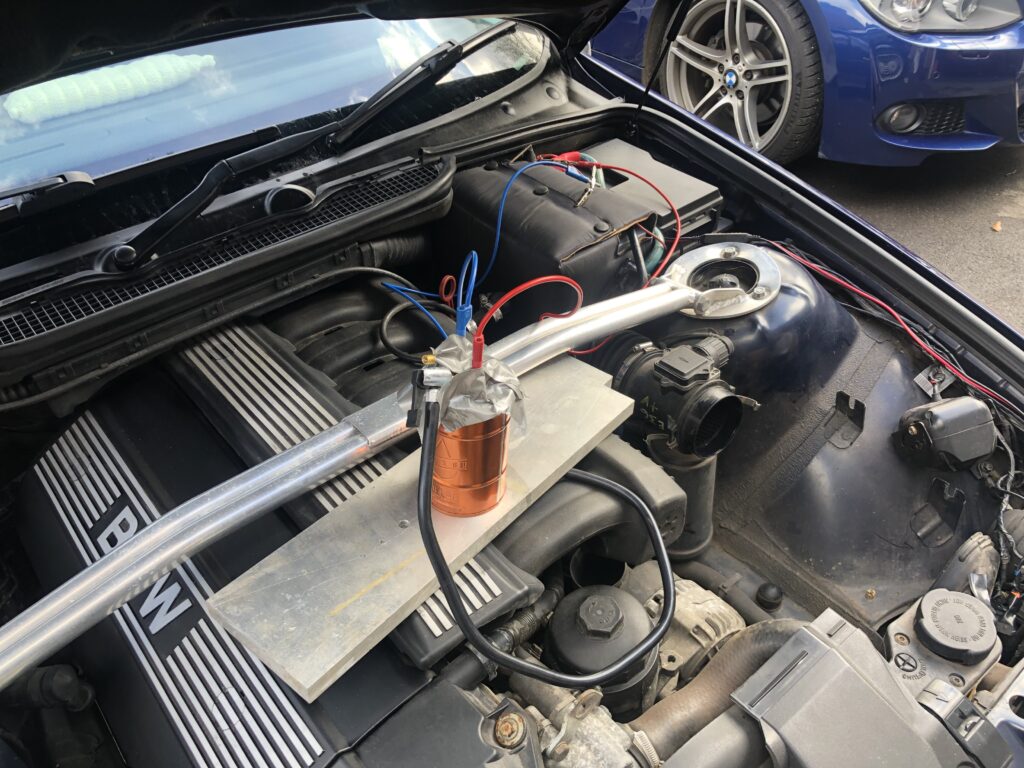 Started to see some smoke waft out from under the intake manifold. 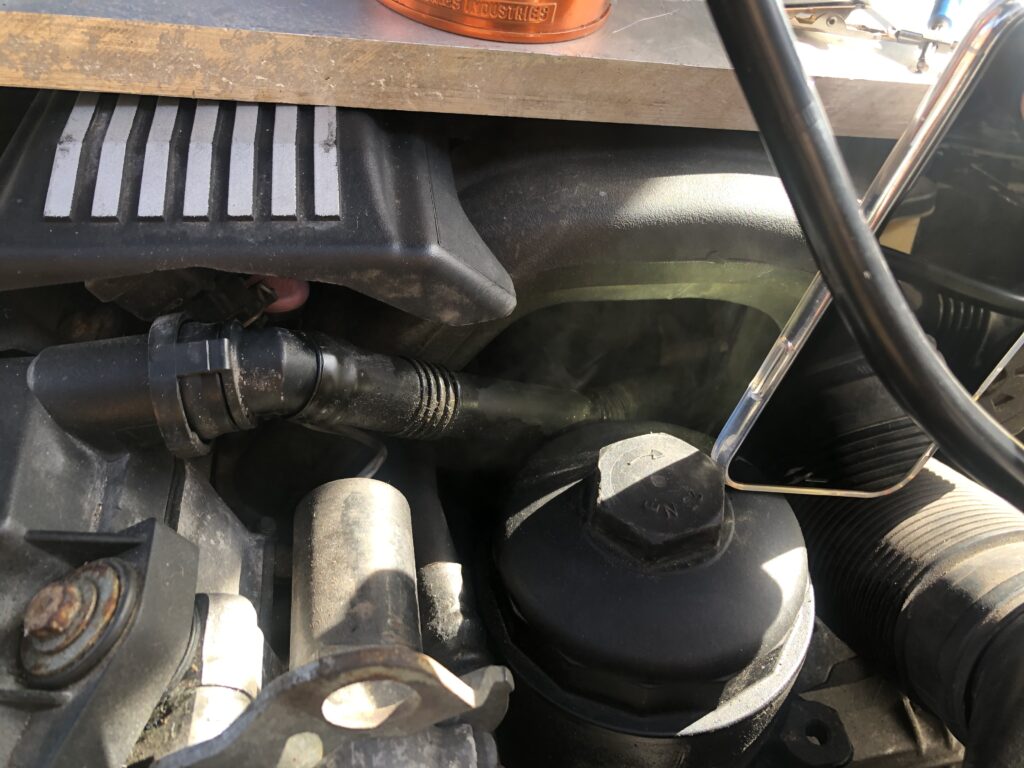 Took the pipe off the alternator for a better view. 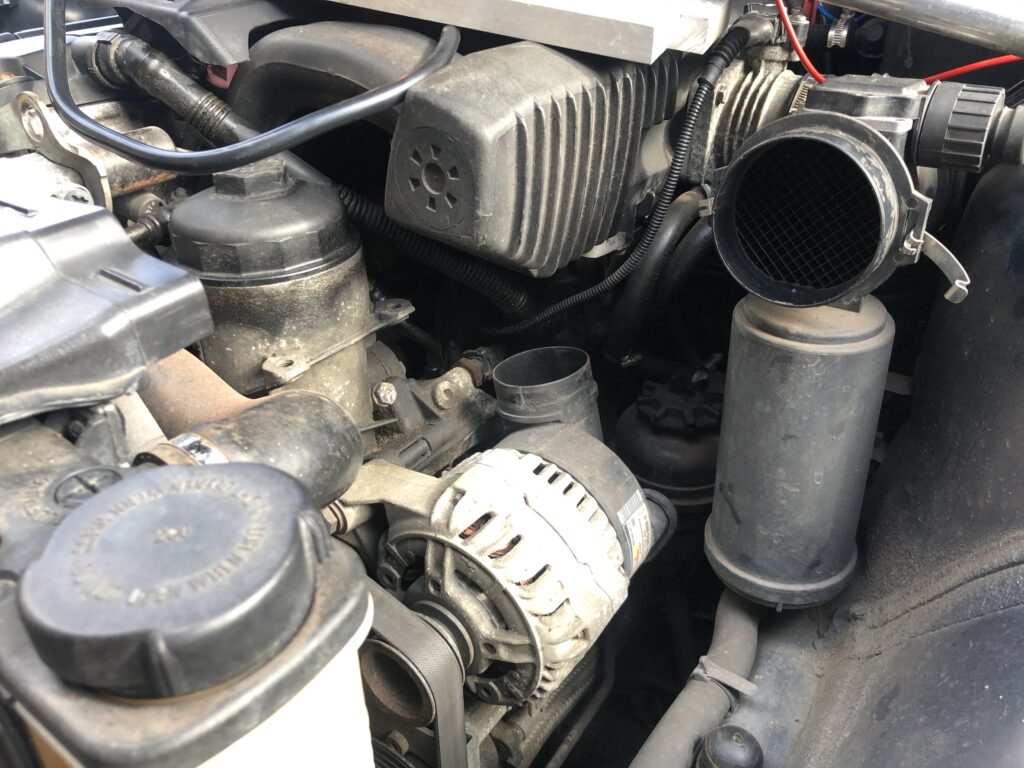 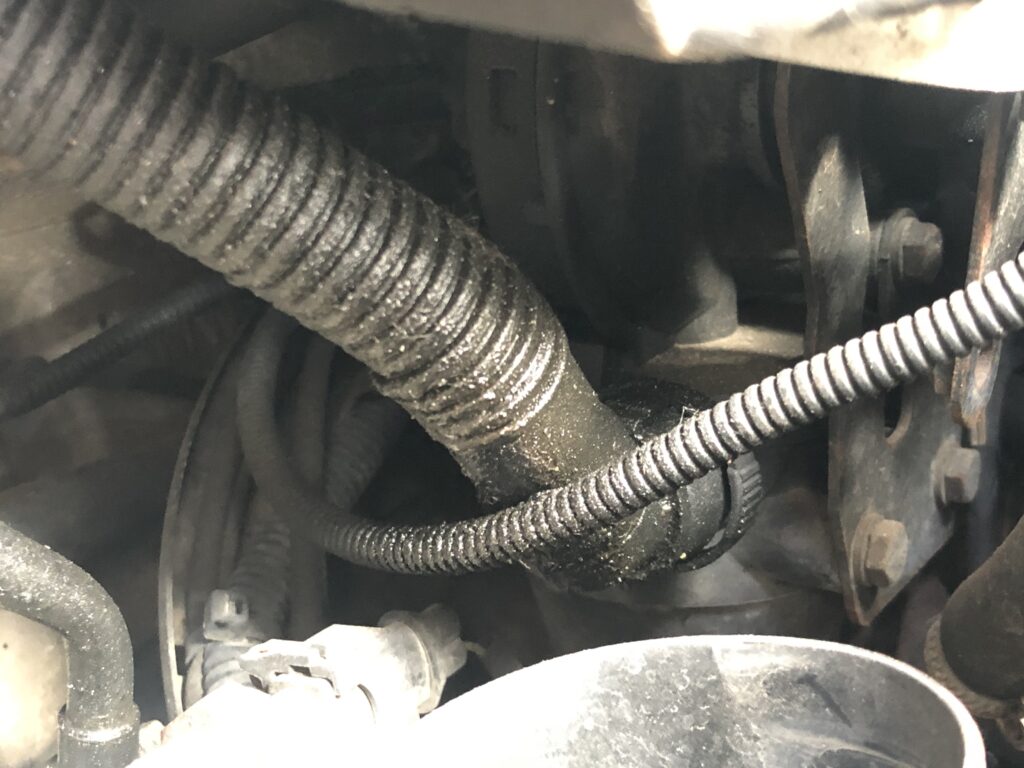 Some testing on video: